The Mig-21/PFS was a (relatively) less numerous built, transition version between the PF and PFM, intended for service with the Soviets only. MiG-21 PFS were part of the huge batch (around 100 MiG-21s) delivered to Egypt right after the 1967 war, straight from Soviet front line units. My version is the very old Revell kit in 1/32nd scale and is marked in an early version of the unique Egyptian Air Force "Nile Camouflage". It would have seen action in the War of Attrition 1968-1970. This aircraft would have been a main adversary to Israel's newly acquired F4-E Phantom-II. I had built this kit over 20 years ago and reincarnated it multiple times in different camouflage schemes. This one for me is the definitive version and it will stay this way. The tail section was converted by using the narrow chord tail supplied in the kit along with the para-brake chute fairing from the later PFM version supplied with the kit.  Below are 2 photos of the actual plane followed by the artwork of a very talented Frenchman and computer artist, Mr. Gael Elegoet.   Here is a link to his great website:
http://galgot.free.fr/
My Model follows. 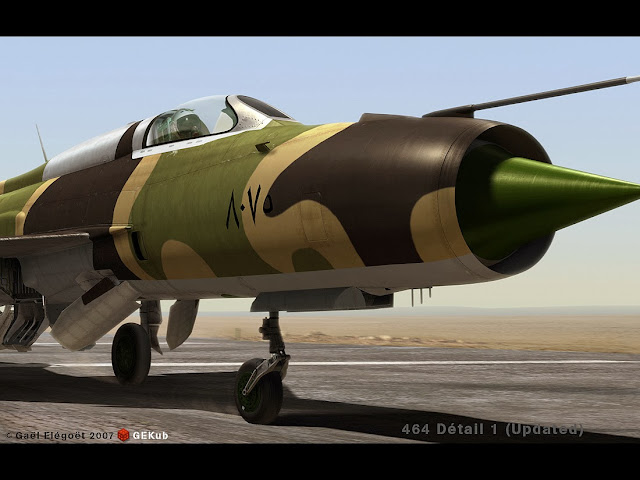 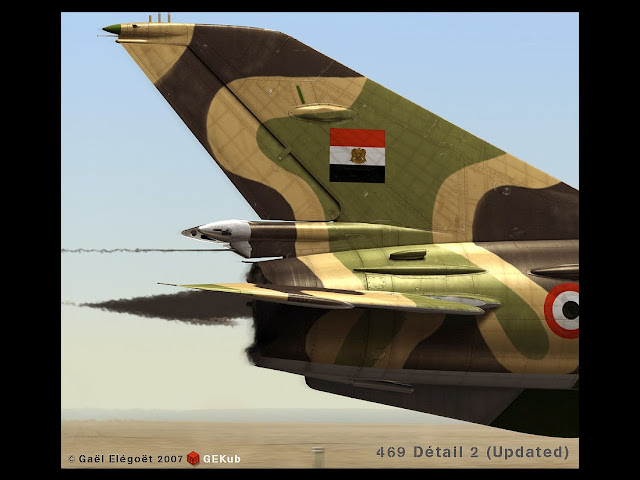 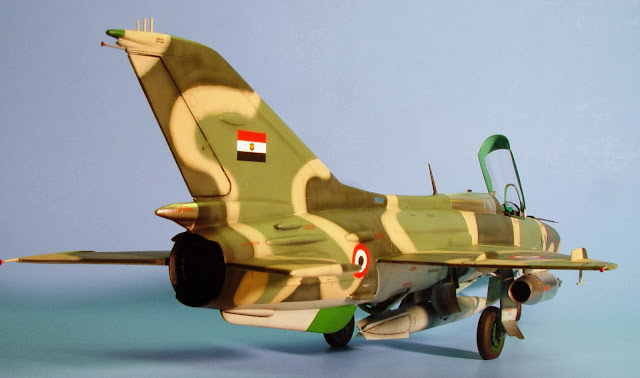 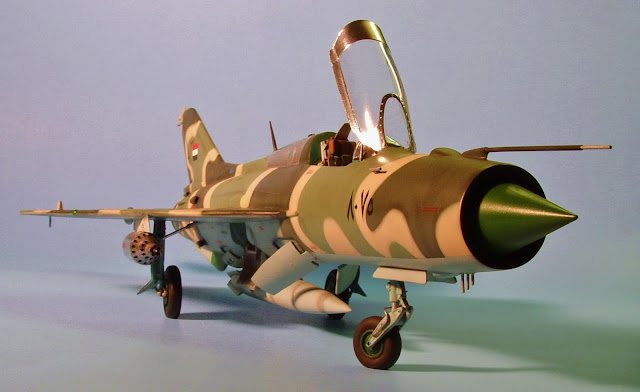 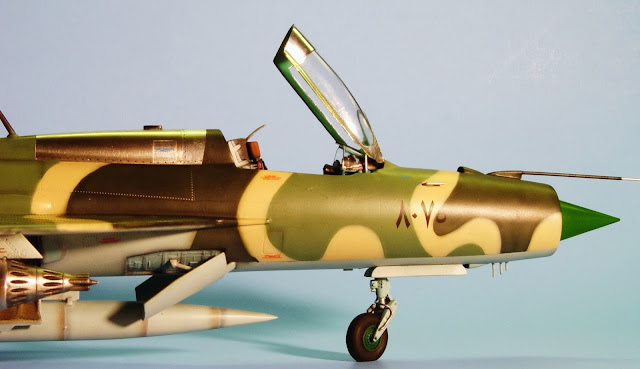 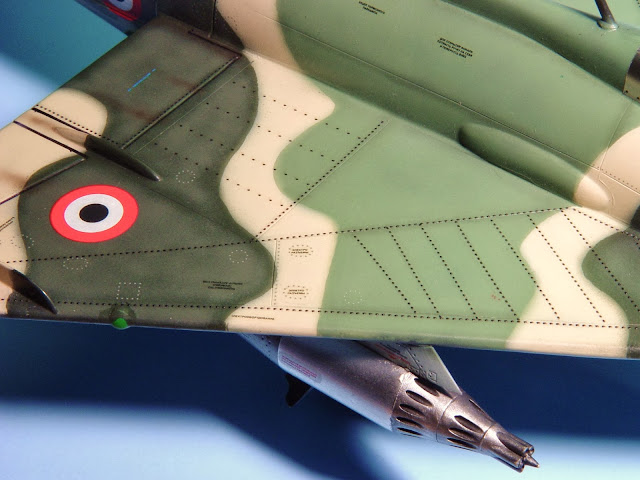 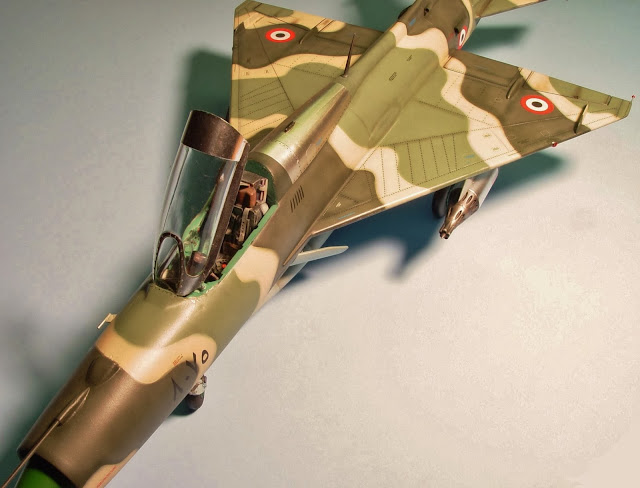 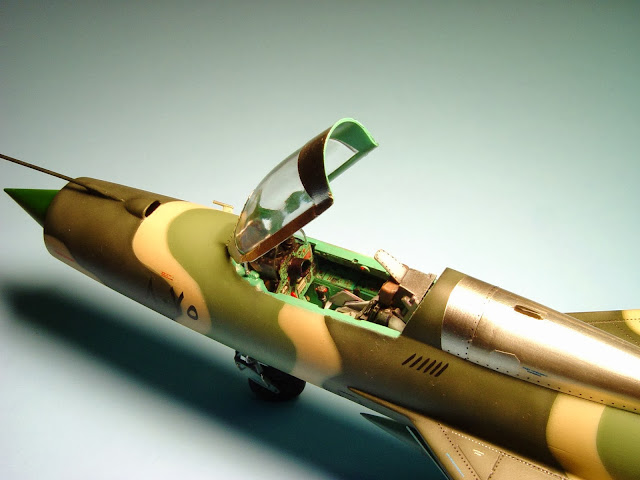 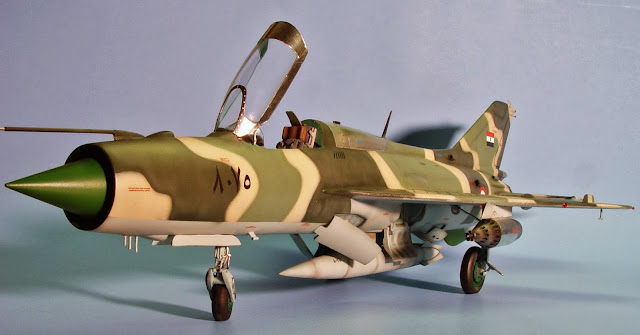 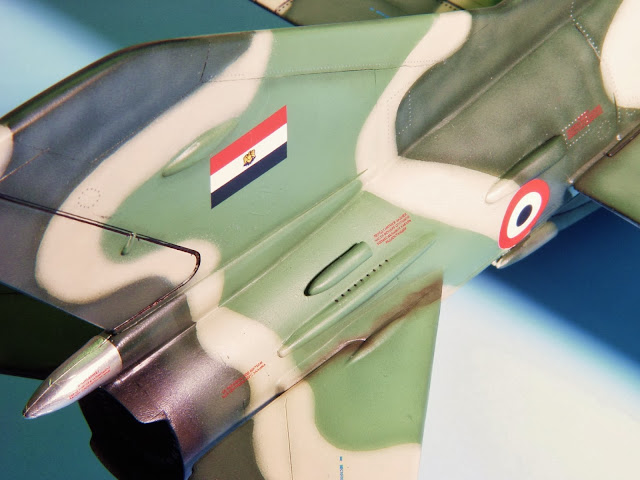